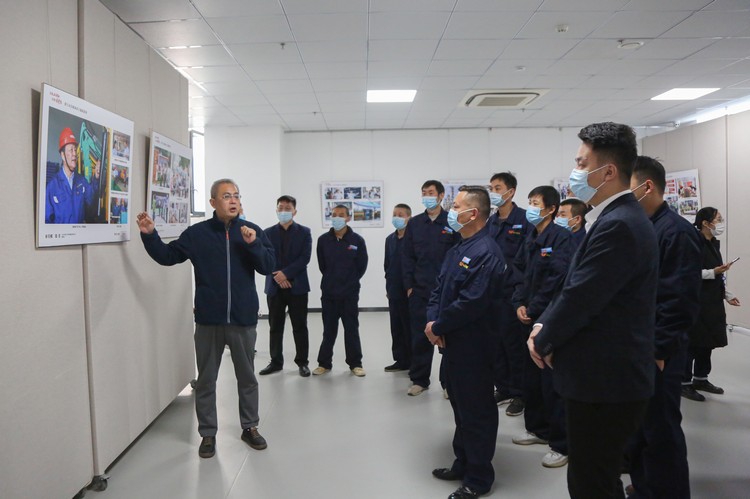 Xu Weiwei, chairman of the trade union of China Coal Group, led 20 staff representatives to participate in the photo exhibition. We will learn and visit the responsibilities of the model workers to strive for the best and climb the peak, and feel the glorious social trend of labor and the dedication to excellence. Deeply understand the era connotation and spiritual value of model worker spirit, labor spirit and craftsman spirit, and further guide the majority of workers to enlighten their thoughts and draw strength. There are 102 groups and 510 pieces of specially invited, award-winning and exhibited works in this exhibition. Photographers used camera language to turn the magnificent history of the Jining Workers' Movement into a deep feeling under the camera, singing the theme of the times together and playing the strongest voice of labor. 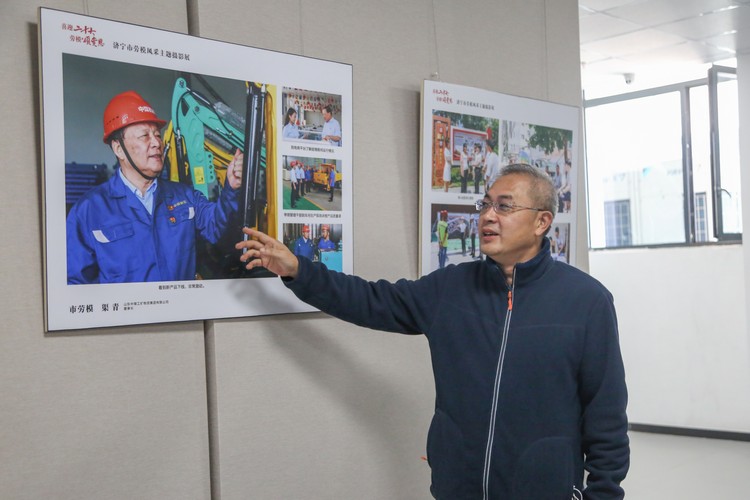 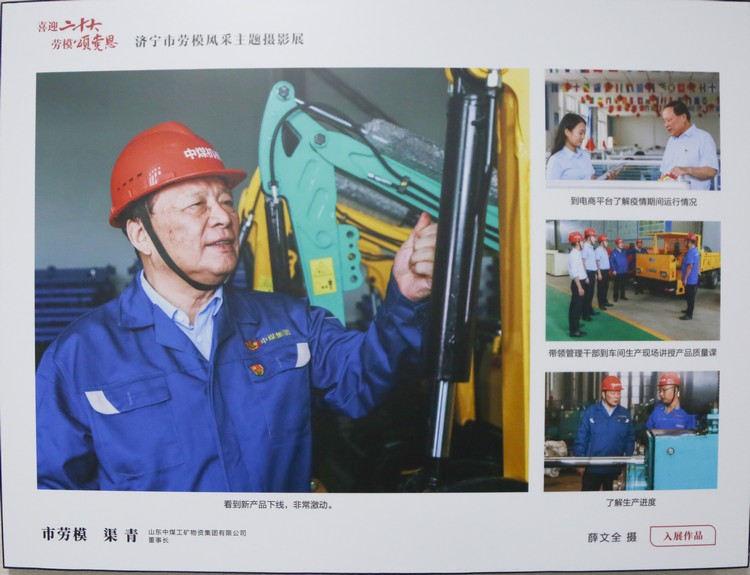 In this photo exhibition, there is a piece of work that particularly attracts the exhibition staff. That is, Qu Qing, Chairman of China Coal Group, went deep into the front line and worked with the front line staff. The staff lingered and stopped, feeling proud. President Qu is an entrepreneur pursuing excellence and innovation. He is diligent and pragmatic, leading the R&D team of the Group to make technical breakthroughs for many times, and has successively obtained more than 150 national patents, more than 110 national computer software copyrights, and 10 scientific and technological projects above the provincial level. Under the leadership of President Qu Qing, after years of development, China Coal Group has developed from a traditional industrial and mining manufacturing enterprise into a large diversified industrial group integrating intelligent equipment manufacturing, e-commerce, information technology, software research and development, big data, film and television media, education and training, and technology incubation. President Qu Qing has also been honored as an outstanding entrepreneur in China's machinery industry, an outstanding entrepreneur in Shandong Province, an outstanding chief data officer (CDO) in Shandong Province, a "leader" in Shandong's big data industry, an outstanding chief information officer in Shandong Province, a leading figure in Shandong's integrity construction demonstration enterprise, an advanced individual in Shandong's integration of industrialization and industrialization, an outstanding entrepreneur in Jining City, and an innovative advanced individual in Jining City, He is the representative of the Third People's Congress of Rencheng District, Jining City, the model worker of Jining City, the vice-chairman of Jining Federation of Industry and Commerce (General Chamber of Commerce), the member of the 13th Executive Committee of Jining Federation of Industry and Commerce, the vice-chairman of China University Enterprise Cooperation Alliance, the executive director of the Fifth Shandong Provincial Council, the expert of Shandong Province Innovation and Entrepreneurship Education Tutor Pool, the visiting professor of Shandong Polytechnic Vocational College, and the council member of Jining University President of Jining Enterprise and Entrepreneur Federation, Honorary President of Jining Translation Association, Honorary President of Jining Film and Television Industry Association, and Vice President of Jining Zaozhuang Chamber of Commerce. 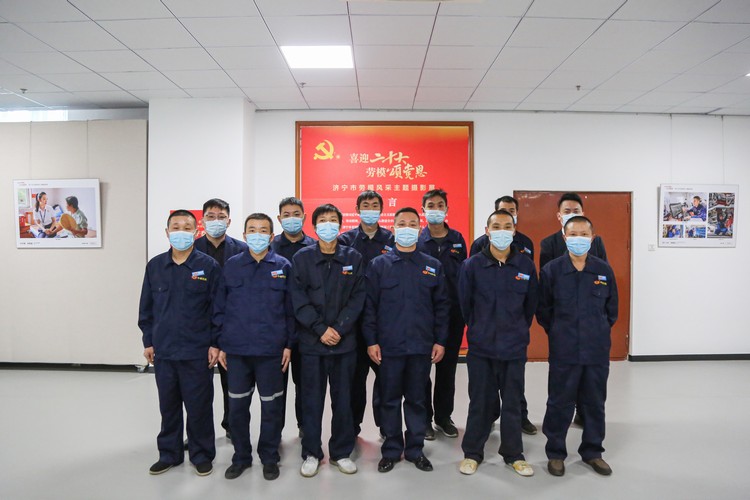 As a model worker in Jining City, President Qu demonstrated his model worker style of fearing hardships and innovation and development, which made all employees of China Coal Group feel extremely proud. Through this visit and study, many employees said that in the future, all employees of our group should take the model workers as an example, give play to their intelligence, base themselves on their posts, make contributions, and strive to create a good atmosphere of "everyone strives to be advanced and everyone strives to make contributions" within the group, so that honest and diligent work becomes a common practice in China Coal, holding the banner of model workers, polishing the brand of model workers, playing the role of model workers, and promoting the spirit of model workers, Strive to step out of the spirit and solid footprint of striving for a new situation of building a strong socialist modern city in an innovative era.